I didn’t know the Harris Lebus factory at Tottenham, by the time I first worked in the area the site had been taken over by the Greater London Council. I was at that time working as a long-distance lorry driver for the Len cabinet works in Maidstone, Kent. I met with a Lebus driver in a transport café who was so enthusiastic about the company that I decided to write to them for a job. This was in late 1973; at the job interview I was told that the firm had once been the largest furniture manufacturer in Europe.

After the closure of the Harris Lebus factory the company had re-emerged making upholstery at their site in Woodley, Reading, and chipboard furniture at their new site at the corner of Blackhorse Road and Forest Road, Walthamstow, E17. That site is now an industrial estate; previous firms who once operated from there included the original AEC bus factory before that moved to Southall in 1928 – they made all the original London Buses (more interesting local history). Part of the site had also been the Ever Ready battery factory. The new factory was called “Ferry Lane Works” with Oliver Lebus as the company Chairman. I was taken on and started work there in December 1973.

Most of the production from the Forest Road factory was sold through Mail order catalogues such as Freemans, Grattan, Littlewoods group, and Great Universal Stores. Retail shops and department stores were also supplied.

The distribution at Forest Road was operated by Merchandise Transport, a wholly owned subsidiary that had existed in the Harris Lebus era. Merchandise Transport had its own workshops in Swanley Bar Lane, Potters Bar. They did all necessary work on the vehicles including engine rebuilds (spare engines were kept ready for installation to reduce down time). They also had their own breakdown truck and would recover breakdowns from many miles away to keep repair costs in house. They also had a service van and mechanics that would travel to repair vehicles at the roadside if practical. I once helped a mechanic fit a new gearbox at the side of the road and on another occasion I finished my delivery run by being towed from drop to drop by their breakdown truck.

Most of the drivers lived in their delivery areas, as far as I remember there were one each in Glasgow, Dundee, Newark, Lincoln, Diss, Nottingham, Swansea, and Newcastle; two each in Birmingham, the west country and Kent; and one in London. During my 7 years only one driver left, the one in Swansea, so I took over the South Wales deliveries, at that time I lived in Maidstone Kent. The drivers worked single handed and somehow we managed to make these deliveries of fully assembled furniture on our own, no health and safety regulations then!

Merchandise transport also distributed imported goods for Lehman from Denmark who delivered containers into Forest Road. This side of the business, which bought in an additional income was handled by Ron Chazalon an ex Tottenham employee. Peter Manton, who had been a tyre fitter at Tottenham, was the drivers’ foreman.

At first the company was successful and in 1978 was able to replace the ageing fleet mostly dating from the Tottenham days (registration year letters were C, D, E, H and J. 1965 to1970). The new fleet was leased and had demountable bodies so that we no longer had to either wait to be loaded or to exchange lorries, we just dropped the empty body and picked up a loaded one.

Around 1978 we started making flat pack furniture for Texas discount (one of the first big DIY groups). I believe that Lebus was one of the first companies to do this. Towards the end of 1979 the company ran into financial trouble and we watched the share value nose diving from week to week. There were several embarrassing occurrences during this period, I was on one occasion sent out to try and purchase hinges for a batch of wardrobes to be completed, I had to try and find a supplier who still thought our credit was good. I also had my fuel bunkering card confiscated by a garage and had to buy fuel on my own credit card to get the lorry back to base, hoping I could get the money back when I returned.

The workshops at Potters Bar were closed as surplus to requirement (the new fleet would not require maintenance). The drive through lorry washing machine, which we used after every trip, disappeared from the yard – exchanged for ready cash. We were eventually called to a meeting in the factory addressed by Oliver Lebus. He told us that Lebus had been taken over by PMA group owned by Malcolm Meredith, who already owned Bridgecraft Upholstery and several other small furniture companies. As the factory site in Walthamstow was not owned by Lebus and the lorry fleet was leased I am not sure if PMA paid for Lebus or inherited its debts. It certainly acquired its designs and good name. Oliver Lebus assured us that the takeover would not lead to any change in our employment and would save the company.

It was not long before the operation at Walthamstow was wound down and production moved to a factory that PMA owned in an old woollen mill in Halifax that had been making ironing boards. Everyone at Walthamstow was made redundant except seven of the drivers who carried on loading out of Halifax. Production standards were poor and we began losing the mail order customers. On long journeys furniture was shaking apart before it could be delivered. The organisation at Halifax was so chaotic that loading of lorries was done in the open.

At Christmas 1980 I remember brushing snow off the furniture that was waiting in the yard to be loaded onto my lorry. In March 1981 the remaining drivers were made redundant thereby severing the last connection between Lebus and London. True to form, I, as the drivers’ shop steward, was sent down to the employment exchange to find out how redundancy pay was calculated and work out what each driver was due. We were then held up for two days sleeping in the back of our lorries trying to encourage the management to pay us our holiday pay and our train fares back home. Pickfords were persuaded to take over the leased fleet of lorries that had come up from London and carried on making the deliveries. That arrangement did not last long as shortly afterwards the PMA group collapsed and Lebus was no more. How are the mighty fallen.

The trade name of Lebus eventually ended up with Christie-Tyler. I don’t remember there being any connection between Lebus and Christie-Tyler at the time the PMA group collapsed. Of the trade marks that they owned at the end I believe only Lebus and Bridgecraft are still in use. There was certainly no Lebus factory in Scunthorpe (the present home of Lebus) at that time so I imagine the receivers eventually sold the name and trademark.

I have searched for Ferry Lane Works, Walthamstow on Google and came up with this link http://edithsstreets.blogspot.co.uk/2012/05/waterworks-river-blackhorse-lane.html which lists many companies that operated from the industrial area located between Forest Road and Blackhorse Lane. I remember several of them that were there at the same time as Lebus. Strangely there is no mention of Lebus. I am beginning to wonder if I imagined the whole 7 years that I worked there. No references to Lebus on internet local history sites mention the history of Lebus post 1969, I’m not sure why. Perhaps my memories will help fill that gap. I do apologise if the facts in this article are not 100% accurate but this was all 30 years ago. It is very sad that such a great company should have come to such an ignominious end but the early 1980’s saw the virtual destruction of the furniture industry in North and East London where it had been such a major employer. 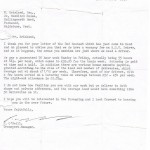 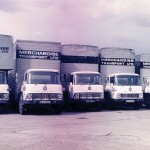 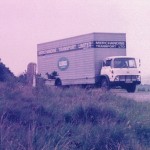 Up a welsh mountain pass around 1977 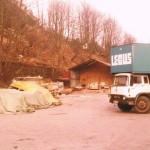 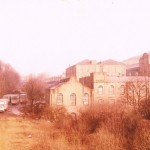 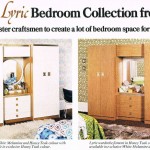 16 thoughts on “Lebus after Tottenham”