My father William Rose was a ‘Lebus boy’ having joined the firm at the age of 14, straight after finishing school in 1938. He was recommended to Lebus by his older brother Sid who was also employed there.

William was at Lebus for his entire career right up until they closed the doors at Finsbury Works in 1970, apart form 4 years with the RAF.

Like many dedicated employees William and Sid took an active part in the Lebus sports and social scene, both were fine footballers, William actually played a couple of seasons for Charlton Reserves when he came back from the RAF – and was still playing a decent level of club cricket into his mid 50s.

William was part of the Lebus XI in the famous charity match that took place on the impressive Lebus sports facilities beside the Keith Blackman factory in 1959. Sid was the manager of Lebus FC for a while.

William went back to Lebus when they restarted up near Blackhorse Road in around 1972 until they finally folded ten years later, he was heartbroken when the firm originally closed, like many employees William loved working for Lebus; it was his livelihood, sports and social life all rolled into one. 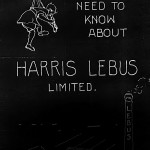 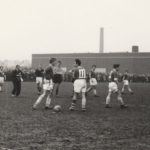 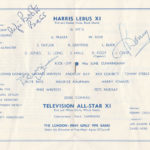