I had the pleasure of talking to David Wragg who now lives in Colchester, Essex but grew up in the Tottenham Hale area. David has some very fond memories from his childhood in the 1950s where lots of time was spent playing with friends around the River Lea and its tributaries.

David recalls the Iron railings of the Lebus factory and hustle and bustle of the factory vehicles and staff coming and going. In fact this isn’t David’s only connection with the Lebus factory. David was often invited to the Lebus children’s parties by his uncle – Arthur Brooker.

Arthur Brooker (born in 1918) worked for the Lebus factory as a cabinet maker just before the outbreak of World War II, he returned to the factory after the war until its closure in 1969. Arthur didn’t have any children of his own which turned out to be very fortunate for young David!

David’s mother – Rosie Wragg (nee Brooker born 1922) was employed by the Lebus factory as part of the war effort whilst Rosie’s husband Ted (Edward) was away serving for the Army. Rosie was part of a large group of women working in the factory producing aircraft. Rosie was responsible for attaching fabric wings coated in dope, the work was hard but the money was good. Rosie went on to spend many years working as a lollipop lady (from the mid 1960s to the early 1980s) where she was a popular member of the Tottenham community and with local children.

There was more fortune for David from his uncle Arthur who arranged a full suite of Lebus furniture including a dressing table, wardrobe, dining room table and chairs for David’s wedding in 1970 – probably from the Europa range.

By the early 1970s David had forged a career as an electrician working for a local firm. David rewired the security hut for the GLS supplies depot after they had taken over the building that was built and occupied by the Lebus factory until 1969.

A few years later David was an electrical contractor for Lebus in their new guise at Blackhorse Road. David remembers having his motorcycle crushed in the Lebus car park by one of the Lebus delivery Lorries, fortunately David was not on it at the time! The motorcycle only cost David £8 (which served him well from the commute from Ponders End) but was replaced by Lebus (probably authorised by Oliver Lebus) with a shiny new one! 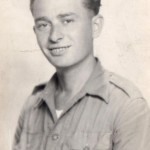 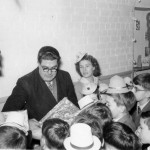 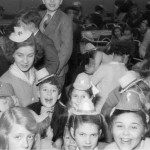 Lebus party – Rosie and David in the middle 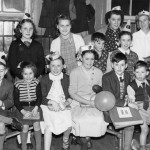 Lebus party – Rosie Wragg on the right holding the balloons. David Wragg sat on the far right with his cousin Alan to his left 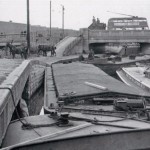