Michael Parsons mentioned the Scottish connections in his article (Driving for Lebus), Glasgow depot, Sid Smith etc, all of these being very familiar to me. To explain my father Joseph Sloan was a driver with Lebus having moved there from Ralstons of Milngavie.

In the very early 1960s we re-located from Penrith to Bellshill when Joe came off the road to take up a staff position in the London Road Depot of Merchandise Transport. My father’s younger brother Jim Sloan was transport manager with Glenroy Transport when Merchandise took them over and they worked together in Glasgow until made redundant in 1971.

Michael’s mention of Morphy Richards, India Tyres etc are all familiar as I frequently went with various drivers to load up at these facilities. The Glenroy vans had another regular run taking steel mesh dustbins from Levin (Fife) to the new towns being built in England. As far as I know the drivers used casual labour to help with the deliveries.

Other Lebus drivers I can recall are:
Eddie Cocurran
Ike McMillan and his son Albert
Sid Smith
Pat Quinn (Hull)
Charlie Irvine (another uncle of mine) 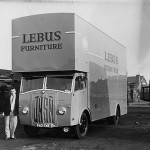 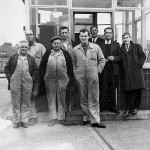 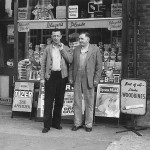 Joe Sloan on the left 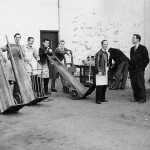 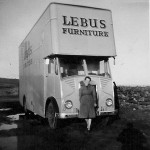 Joe’s wife Mollie with the AEC 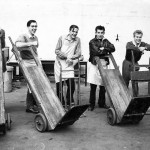 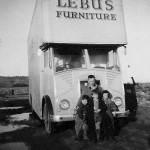 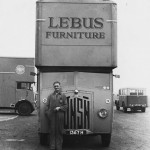 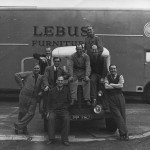 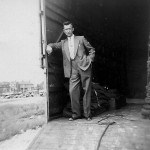 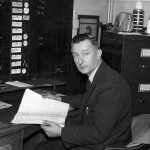 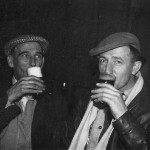 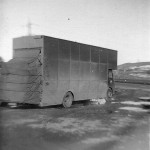 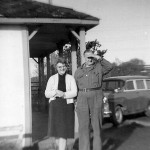 Jimmy Rennie with my mother Mollie at the Beacon Penrith 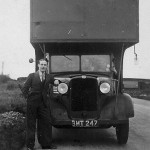 Another of the van drivers (not a Lebus vehicle)