My Dad Leslie Downes (known as Johnny or Blondie) drove a Bedford J type for Lebus in and around 1953 my Mum also worked for Lebus, in their offices. We lived near the factory just off Ferry Lane in Edith Road, Tottenham Hale. I was so excited as a small boy it was wonderful we lived surrounded by factories in sight of the Lebus chimney and the sound of the hooter to signal start and finish of work and lunch time.

The first photograph below was taken when I was 5 (in 1953) with my only sister Kay at the Lebus furniture children’s Christmas party held at Ferry Lane at their sporting and social club called The PANDO (polishers and offices). Lebus were famous for their boxing team and regular boxing events took place there.

Dad also drove a Bedford O type, they were not great in terms of comfort, in the depth of winter he had to hang a paraffin heater under the bonnet to ensure it started at 4am when he started his journey, usually North. The windscreen wipers worked on a vacuum system which perversely stopped working when you had your foot on the accelerator when you took it off they went like crazy, not good in heavy rain.

The colour photographs are of my late Dad with his new Bedford TK outside his favourite cafe` ‘Pete’s’ most of the drivers from local companies like Wades / DH Transport used to meet here. It was in Hale Road, Peter was a boxer that used to box with Terry Spinks a well-known boxer of the ’60s, he was married to Yvonne Spooner whose father owned the betting shop, sweet shop and grocers round the corner. In the background the flats are on the corner of High Cross Road, with one of the new Routemaster buses and a Lucozade lorry passing by. Peter is seen sitting outside on one of the tables. Note how small the mirrors are on my Dad’s lorry, impossible to use in today’s traffic.

Further note on two of the images below:
I am playing the waiter in these photos with my Hawaiian shirt on hence the girls doing the hula hula. It was taken in the garden of Sally Walters, with I think Johnny Farrow, Jimmy Jennings and Janet Walters. The backdrop is the huge brick wall we all had at the bottom of our garden separating us from the Gestetner Factory. You will see we are sitting on Jaffa orange boxes, and the wooden staircase led to the upper flat. 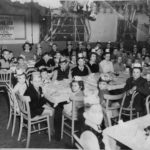 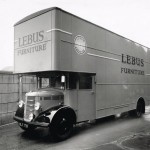 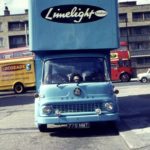 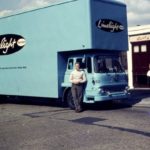 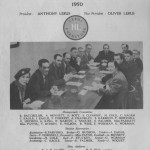 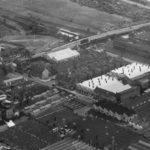 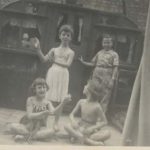 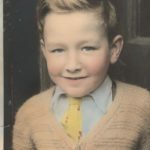 7 thoughts on “The Hale”