I left school at 15 with no qualifications and had several unskilled jobs in the first year of my working life, you could go from job to job in those days until you found a suitable vocation.

My father had worked for Lebus all his life with only a break for war duty in the Royal Navy, he also played football for Lebus FC which was one of the many outlets for the PANDO club, anyhow Fred Forest (PANDO club management committee member) and my father became friends though his football and I assume Fred later became transport manager, so I was given the opportunity to train as a diesel mechanic maintaining the extensive fleet of Lebus delivery vehicles, which numbered over 150 at its peak, mainly Bedford TK, A, C and D models, there were also a couple of Albion Victors and Chieftains.

White Hart Lane garage was the repair workshop for Lebus vehicles but also a Vauxhall car and van dealership, the training program was excellent, all new lads would start in the stores learning to identify parts etc, the storeman was a very handsome Asian man, I will always remember his name – Mohan Rugwani, he was a real character, one funny story springs to mind – we were having a meal break one day, he came into the rest room and plucked a hair from the head of another lad and placed it in a tray we used for teacups, it had accumulated a 1/4 inch of water, the hair formed a perfect circle, he asked the lad to think of someone he was particularly fond of as a picture would appear in the centre of the hair, by now everyone was circled around in interest when suddenly his hand crashed down in the water and soaked everyone! Things like that happened on a daily basis!

We would rotate on a three monthly basis between the stores, car section, commercial section, body section and later the engine rebuild section so all round experience was gained, we also attended the local technical training college on release one day a week to achieve a City and Guilds in motor mechanics. It was all very well organised considering there was not a computer in sight!

Everyone knew there job and things ran smoothly, with the occasional hiccup! which made for some wonderful tales, too many to recall but timeless. I never worked at the main Finsbury Works plant at Tottenham hale, a tall man named Jim Pickavance I think was the foreman but later the car and commercial sections were split and it was never the same after that. Being headstrong and armed with a City and Guilds certificate I took my chances elsewhere, the threat of closure was looming which eventually happened in 1969.

Looking back now I think back it was one of the happiest times of my with life such good memories. 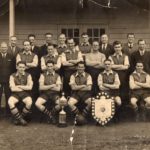 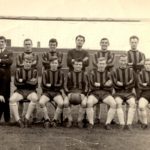 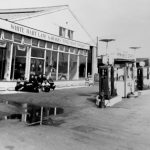 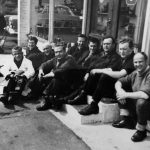 One thought on “White Hart Lane”