Memories of a start in life

I was born in 1943 to Albert and Amy Cole and we lived in Chingford in North East London.

My father worked for Harris Lebus and my mother made mass produced dresses at home for her sister who owned a small company situated in Markhouse road Walthamstow. I believe Lebus was the only employment my father had and he worked in the assembly shop putting together the machined components to make cabinet carcasses on an assembly line. His nick name was Nobby Cole and I have no idea why. He was a slim fragile six foot three inch man, shy and very polite.

My father became ill whilst employed by Lebus and died of cerebral thrombosis after five years of work mixed with hospitalisation and convalescing (in the NUFTO home at Seaford in Sussex). Mr Fred Moon of the personnel department used to take my mother and I to visit my father in Seaford, I was nine years old when he died.

The next occasion when Lebus came to my attention was when I was 11 years old and the fence to my Mother’s house had fallen down and during the next week a lorry load of packing case material arrived at the house from Lebus, another employee Kate West had highlighted our plight and the assistance was there.

At sixteen I was getting ready to leave school when ‘out of the blue’ I received a message to go for an interview at Lebus. There was a great social spirit in the districts around the factory and I was remembered. The interview went well I started at Lebus in 1960 as a junior Draughtsman and my first posting was in Design development on the KL 1st floor which included a display area, offices of the furniture designers, a workshop where the mock ups were made and the area where catalogues were produced and printed.

My first task was to make the tea!, the next to draw full size on tracing paper all of the metalwork associated with the furniture such as handles, hinges etc. From the design development office I was transferred to the drawing office proper where I worked in various groups, in particular the jig design group. I was sent on day release to study (London College of furniture) and took craft and technical qualifications.

I would still be there now other than in 1966 I was made redundant as part of a massive reduction of staff when the Lebus family turned the company over to shareholders.

I first met my future wife there, although at that time she ignored me, I changed from riding a bike to riding a scooter and subsequently a 500cc motorbike. I made my first speech at a Jiggofferies outing to Margate, learnt to drink copious amounts of beer especially at the Christmas parties held within the factory. All good memories coupled with trying to remember names of work colleagues and friends long since departed. 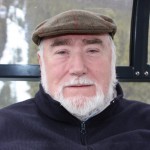 2 thoughts on “Memories of a start in life”